“I have been a client of David Williams IFA for more than a decade. It is a close relationship built on trust and an absolute understanding of our lifestyle and investment needs. When I want things to be done, they are done swiftly.

“When investments markets went through tough times in 2008, there was a brutal honesty from David Williams IFA. The team are the first to give you the reality of the situation, whether good bad or indifferent. And that stands the business in good stead.

“In the past I have had dealings with financial firms who were very fee oriented and I found myself questioning whether some investments were more in my interest or their interest. At David Williams IFA there has always been a complete transparency in dealing. The conversations around investments have always been a recommendation, not a push.

“My pension has to be the most boring investment on the planet but it consistently works for me. That consistency is vital and it is the foundation on which other plans are built. Without the advice of Nick Beal I might have ended up with something more exciting but which didn’t do the job.

“I feel my finances are being looked after by the team at David Williams IFA as if it was their very own money.” 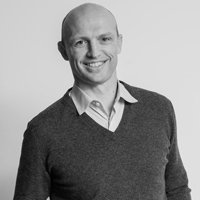